Home Do You Know Your Mama Powers?

Do You Know Your Mama Powers? Do You Know Your Mama Powers?

Yesterday I was feeling a little overwhelmed while working on a project and it was towards the end of my “work” day and I had to shift into mama and wife mode.

I picked up my son and then my hubby met us to run errands . Son was cranky, hubby was cranky. The place we wanted to go was closed and we were in that annoying place of having to make a decision when everyone was worked up. On top of that, my 4 y/o was pulling my arm because he saw chips at the convenient store where we were standing. It was one of those blissful moments (not.)

Suddenly my super sensitive son started to cry hysterically. This is an awesome recipe for overwhelm and stress.

It’s normal to wave off the cry of a sensitive child or get annoyed (he has big emotions). However one of my identified mama powers is empathy. I could tell something was really hurting him.

I didn’t wave it off or try to get him to calm down feel what he was feeling as I would have in the past. I let him have a full blown cry to let it out. I don’t want him to numb his feelings as I was taught to do. Then I got curious about his pain so I could understand his world instead of assuming. It also served as an opportunity to speak his feelings.

My mama multitasking skill came in play as well. While we were in front of the convenient story; I felt like I heard an adult say something to him. When he calmed down; I asked him if his cry had anything to do with something someone said. With a mucous filled nose he said yes. We did the whole, it’s ok and ordered food.

However something didn’t feel right and I felt like I had to go to the store and clean this up. My son was really scared. I decided we need to go and without blame or anger asked the owner if he said anything to our son.

The owner had a strong and rough voice (can see why my son would felt scared) and said yes. Your son was going in and out of the doorway (to look at chips) and it was making the door bell ring. He then said, he thought he was with the other mischievous kids. The man looked at my son and then softened (seemed like he got how his reaction scared my son) and apologized and gave him a piece of candy.

I noticed how much my own mood changed after that. I got really playful and present with my son. I had not been like that most of the afternoon.

I reflected on why the shift in my own mood. This is what I realized, I was in alignment and in expression with one of my mama powers and that feels really good. For me this is integrity, defined as wholeness and completeness.

The power is in not sluffing off that feeling of “something is off” and instead acted on it. In the past, I used to avoid conflict at all cost. My hubby is a clam person so he thinks my son over reacts. The decision to listen and act demonstrated to my son how to stand up for oneself. I grew up in a home that avoided conflict and difficult conversations at all cost. This caused me to accept a lot of painful experiences.

Recently I was working with a client that came to me because she doesn’t like how she looses her cool when her kids act up (totally unique problem right?) As she shared what kind of situations get her acting a way she doesn’t like, we discovered one of her unique mama powers.

She has a son that is extra sensory which I define as way beyond his time instead of not “normal.” He feels so much in a world that is all about numbing. When you feel a lot it’s easy to get overwhelmed, which happens with homework. She told me that just that morning after a fight, she walked him through the assignment. Step-by-step she told him what to do and he said “mama I like doing homework with you.” She kind of rolled her eyes when she shared that comment. What she didn’t get was that was one of her Mama Powers.

I helped her to see that her ability to make the assignment bite-sized created safety in her sons world and helped him to enjoy learning instead of fearing it. Her eyes lit up because she knew that this was one of her many unique mama powers. Naming your Mama Powers is not a small thing. Once yo know what it is, you can lean on it; as a result avoiding a lot of drama while creating more harmony in the home.

For my client’s son, imagine what that can do for his future? To make learning enjoyable? Understanding your child’s world and knowing why they chose you helps to activate these gifts within. They seem simple, yet are very powerful, and unique to you.

Now it’s your turn. What are your unique mama powers?

Look back at the every day situations you have with your child, is there certain situations that only you know how to handle? Even if at first it’s a storm, what’s that special skill you have that calms it?

If you feel called, share your powers or questions in the comments. 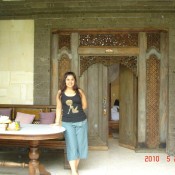 Dr. Sweta Chawla is a family woman, writer, life-coach, Doctorate of Pharmacy and traveler. She is passionate about helping families live life the way the REALLY want and believes Mama Power is the way to make that happen.

How to take your leadership to the next level when the world...